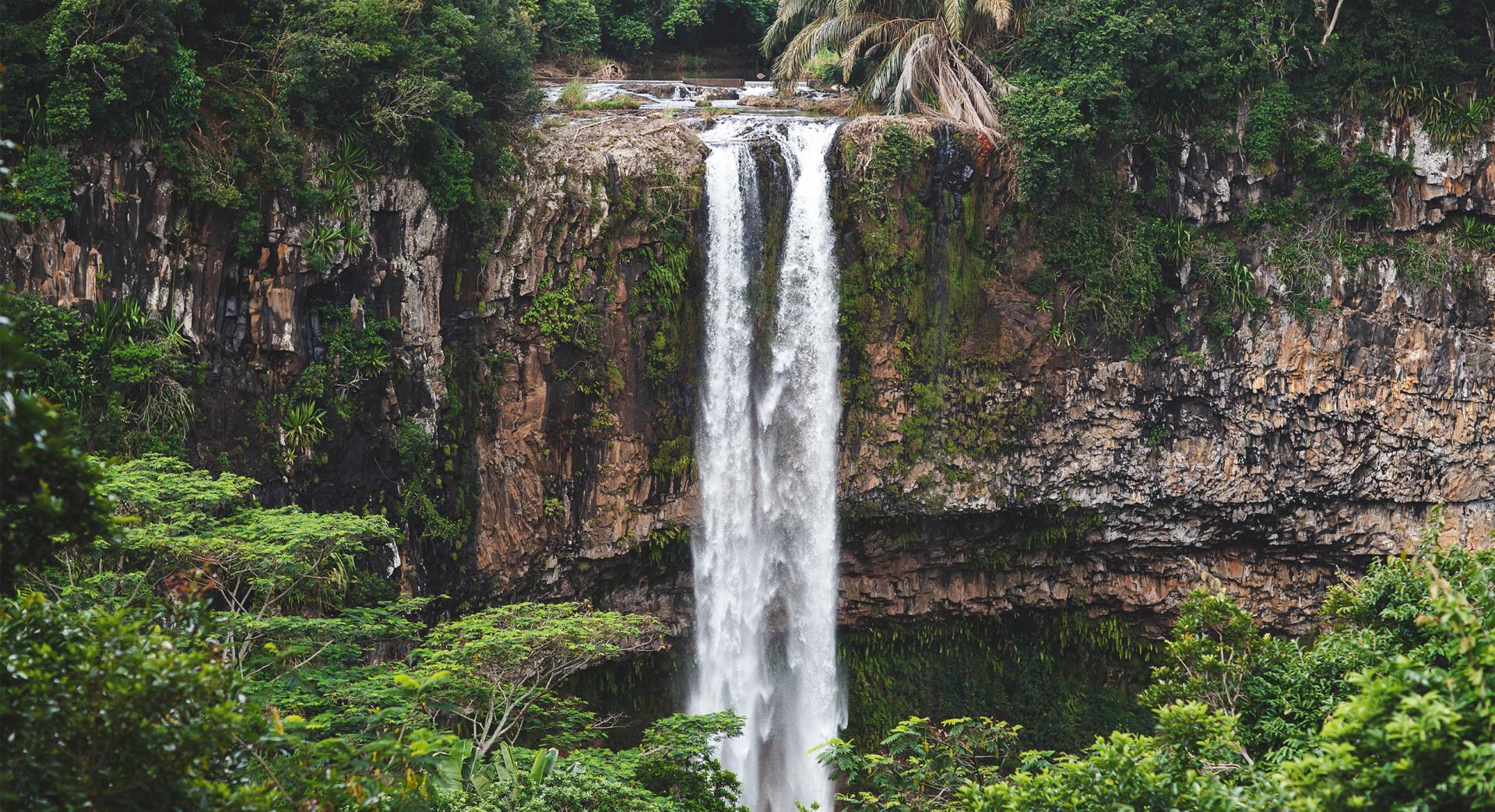 A foray through the exotic island state

The deep blue to emerald green water glistens in the sunlight, the wind caresses the skin as softly as velvet and the warm sand on the endless fine beaches invites you to relax. This is why Mauritius is also called the "pearl in the Indian Ocean". It is an island state to the east of Madagascar, which also includes Rodrigues Island, the Cargados-Carajos Islands and the Agalega Islands. 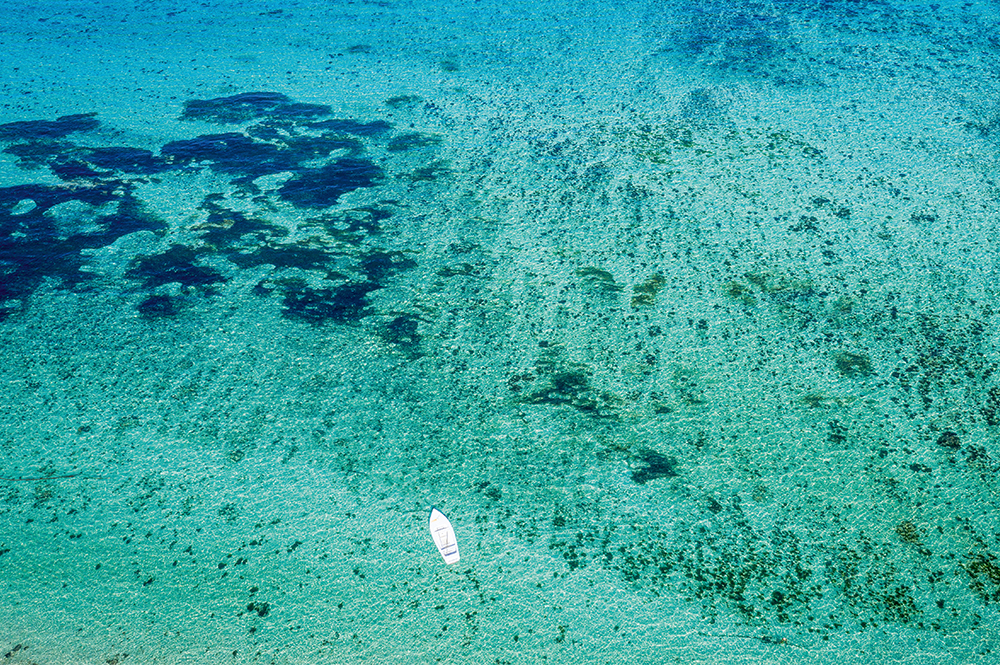 Paradise on earth: NATURE on Mauritius

With its green landscapes, rugged hills inland and brilliant white beaches along the coasts, Mauritius is often its guests' personal "place of longing". This was already stated by Mark Twain when he travelled on the island in 1896: "First, Mauritius was created, then paradise. But paradise was just a copy of Mauritius." Mauritius still offers unique experiences for nature lovers today. The impressive Le Morne Brabant mountain with its forested cliffs, which characterises Mauritius' image, has been part of the UNESCO World Heritage since 2008. The award is intended to commemorate the slaves' struggle for freedom on the island. For the escaped slaves hid in small settlements and in caves near the summit and on the slopes. Anyone who climbs the mountain is rewarded with a unique view over the island paradise. Rare flora and fauna species can be found along the trails through the Black River Gorges National Park. There are even some native specimens here that are only found in Mauritius. Anyone who dreads longer walks can get an insight into the impressive variety of the island's flora in the Pamplemousses Botanical Garden. Founded more than 300 years ago by the famous French botanist Pierre Poivre, the garden is the oldest in the southern hemisphere. The Chamarel highlands offer nature's extraordinary play of colours. The oxidation of minerals in the volcanic sand has created multicoloured dunes that glow in all the shades of the sunset. Nearby, the waterfall of the same name beckons, which is considered the most beautiful on the island. 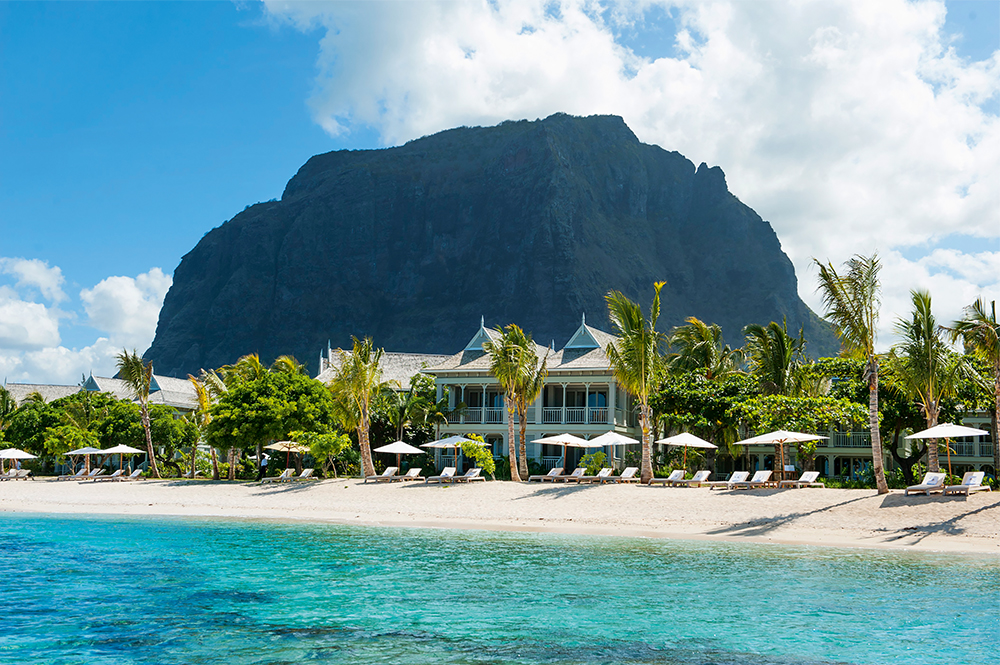 Dive in and take off: sport on Mauritius

The island paradise Mauritius is known worldwide for its various water sports activities. These range from diving or snorkelling in the impressive underwater world, to kiting and windsurfing in the warm waters of the fine sandy beaches, to stand-up paddling and water skiing in sheltered lagoons. The inland can also be explored from the water on special kayak tours. One highlight for water lovers is swimming with dolphins in Tamarin Bay. Because Mauritius is one of the few places in the world where this is possible outside a water park in the wild. The much larger sperm whales and humpback whales, on the other hand, migrate along the west coast of the island and can be observed from afar on their spectacular journey. But Mauritius also has other exciting activities to offer beside its diverse water and beach life. Fans of free fall can enjoy breathtaking views of the island's landscape while parachuting or paragliding. With solid ground under your feet, trekking tours through the mountains and the national park offer completely different outdoor experiences. Mauritius also has a lot in store for fans of well-kept greens. Because more than a dozen golf courses with exceptionally designed golf courses outdo each other. For example, golf legend Bernhard Langer created the challenging "Le Touessrok" golf course in the middle of the sea on the offshore island "Ile aux Cerf" – for a first-class golf experience. 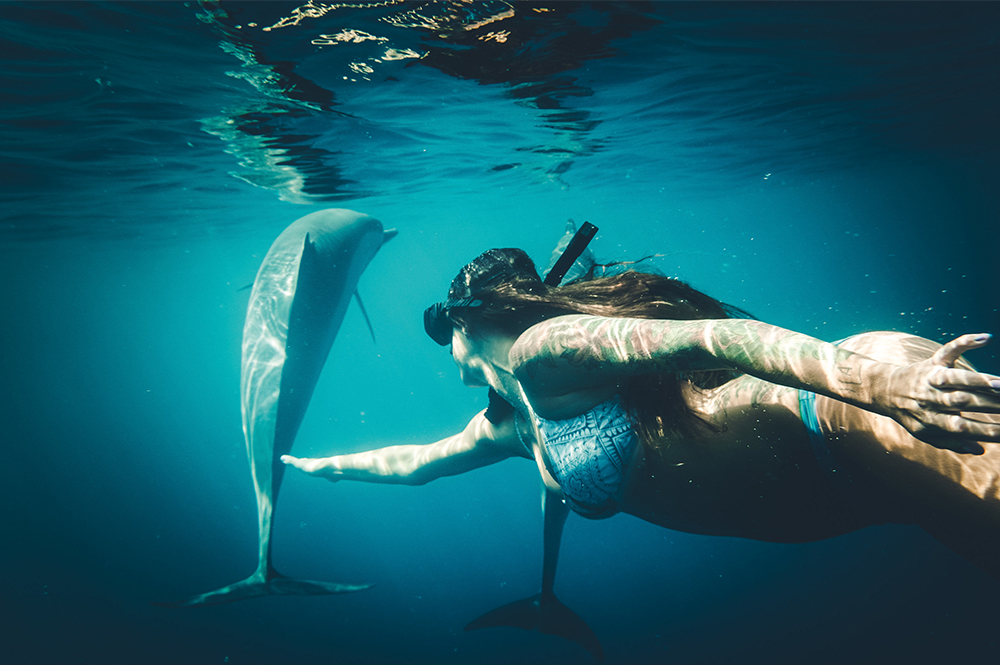 A veritable explosion of flavours awaits discoverers of the Mauritius dining scene. The gourmet restaurants in the 5 and 6-star hotels, for example, impress with their "haute cuisine", while the numerous traditional inns and merchants along the roadside offer a wide variety of delicious, local dishes. Whether it's curries in countless variations, the deep-fried "samosa" dumplings filled with meat, fish or vegetables or Creole rougaille with fish or meat in an aromatic tomato sauce, the culinary delights of Mauritius reflect the island's French, Indian, African and Chinese heritage with their exotic spices. Afterwards, the island's tea, coffee or rum specialities are recommended as a special treat. On the "tea route", for example, there is a stopover on the Bois Cheri plantation, which is the largest tea producer on the island. Interesting insights into the production and history of tea in Mauritius are provided there. The coffee from Chamarel is also known way beyond the island state's borders. It is also possible to watch the harvest on the local coffee plantation. One of three of the most famous rum distilleries in Mauritius is also at home in this rather inconspicuous place. These were created under British rule when sugar cane was grown on a large scale and they still produce the so-called "Rhum Agricole" today. You are welcome to try it! 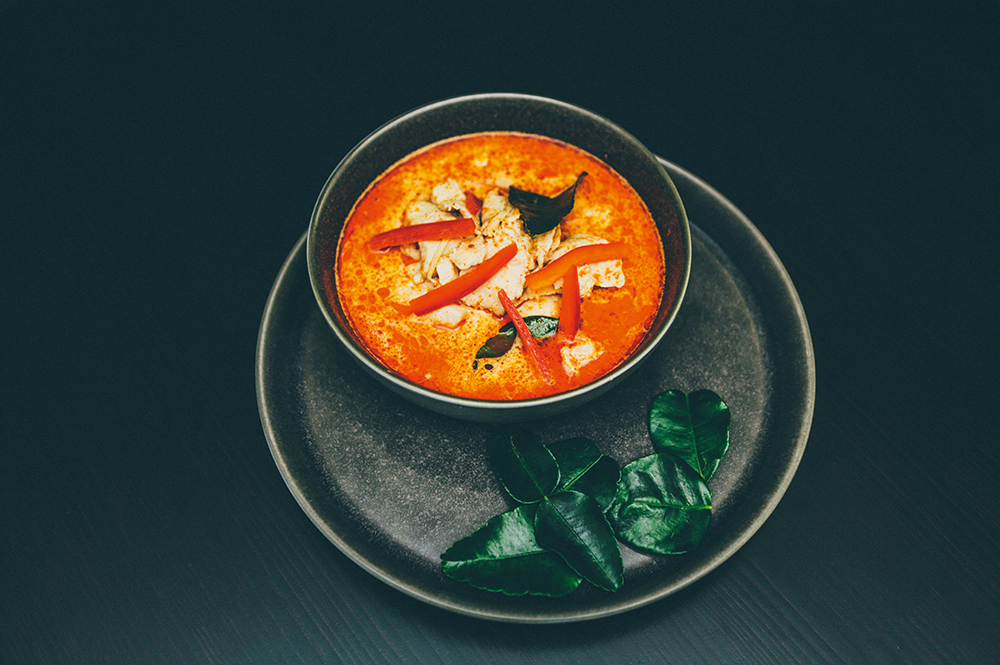 Lively, colourful and with a chilled kind of "savoir vivre": Port Louis, the capital of Mauritius, was founded by the French governor Bertrand-François Mahé de La Bourdonnais in 1735. The impressive French colonial architecture, which Port Louis is known for throughout the world, also dates from this period. Finding your way around the historical part of Port Louis is easy, as the city centre was arranged in a chessboard shape, similar to Manhattan. As the name already indicates, the Port Louis harbour is still an important economic factor today. As numerous ships still take off all over the world from there, carrying mainly wood, sugar and paper. The capital, located on the north-west coast of Mauritius, is the island state's economic, historical and cultural centre. Port Louis is famous for the 19th century "Champs de Mars" horse race track, the oldest race track in the southern hemisphere. In addition to the numerous other sights such as the "Place d'Armes", the governor's house, the theatre, "Fort Adelaide" and the lively Caudan harbour district, it is above all the extraordinary museums that attract visitors to the capital. For example, the Natural History Museum, opened in 1842, displays more than 35,000 exhibits in four permanent exhibitions. The Post Office and Blue Penny Museum introduce you to the world of stamps. One of the very rare original stamps, which is one of the island's most valuable cultural heritage, is also presented there. 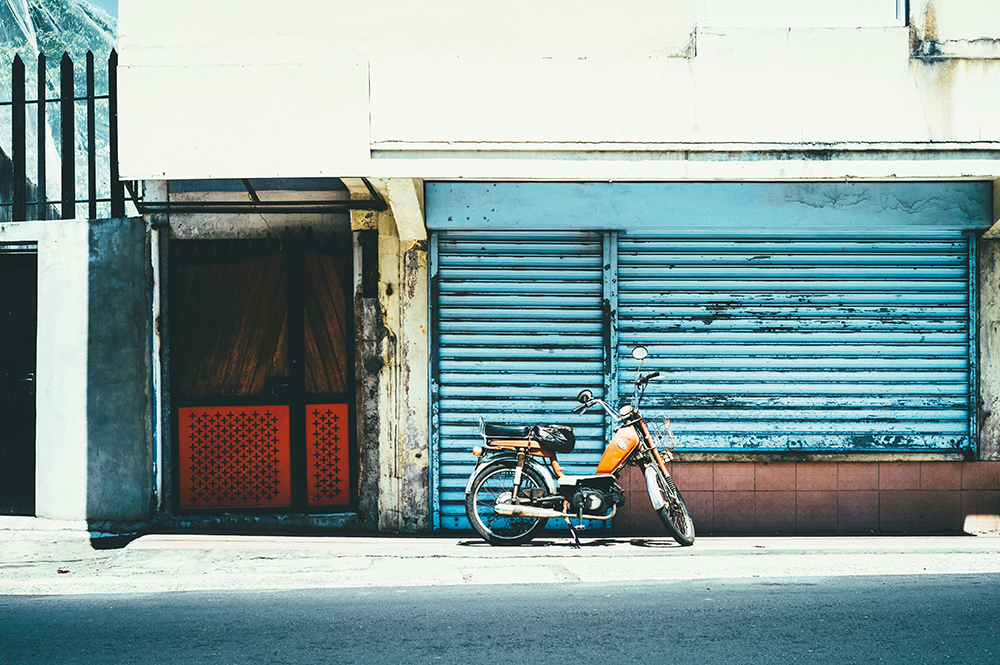 The different influences of the French founding era are still noticeable today all over the city and throughout Mauritius. Immigration from India, Africa and China also made Mauritius a true melting pot for art, culture and especially the cuisine. This is how to enjoy life with a view of spectacular sunsets over the Indian Ocean. 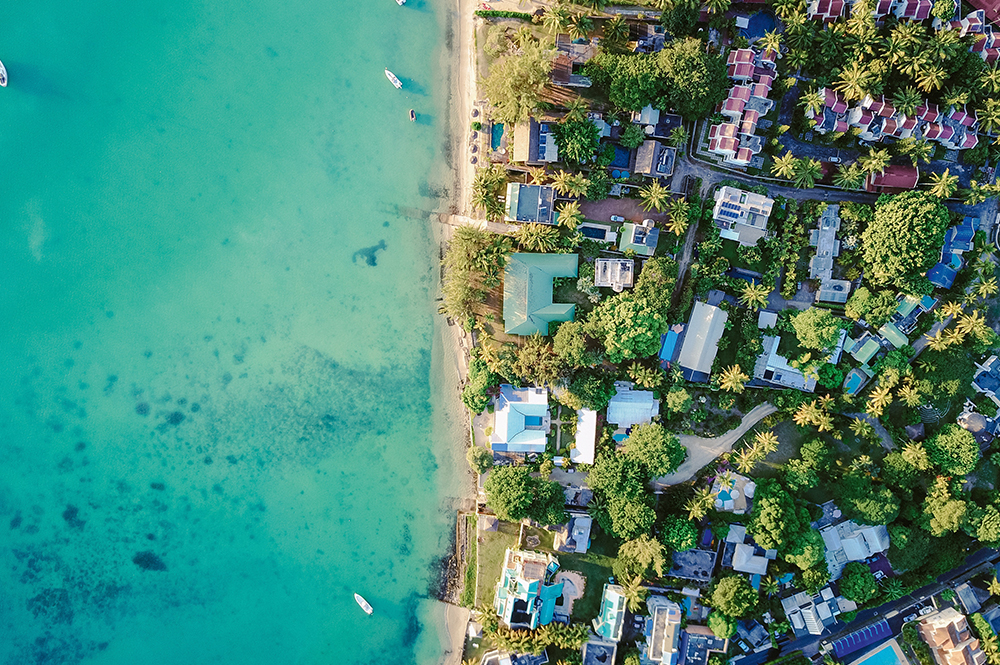 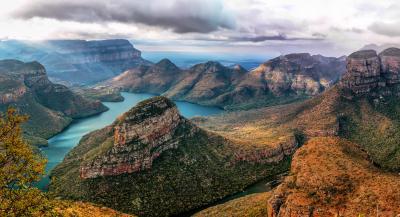 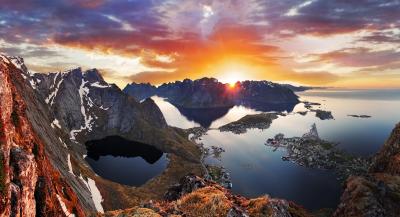 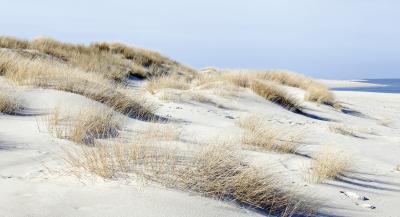